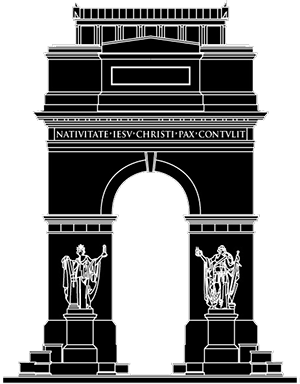 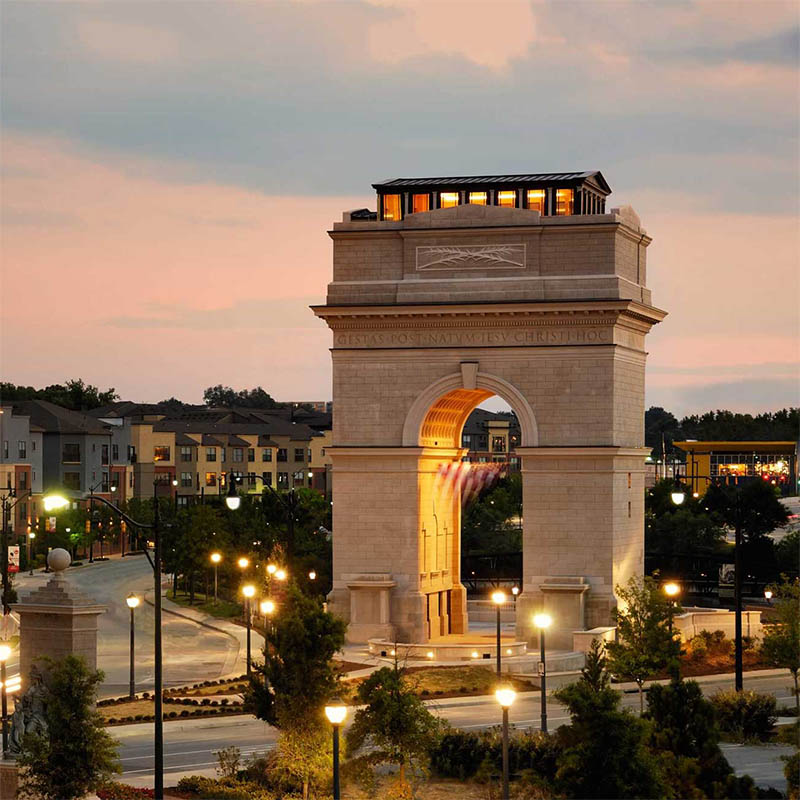 The city of Atlanta has called herself the “gate city of the south” for well over a century. But we had no gate! The state of Georgia also has a magnificent and extraordinary history.

Can we tell Georgia’s story to the world in a beautiful, engaging setting while also commemorating Atlanta for her incredible feats? With your support this became a reality. It took 8 years to bring to you Atlanta’s very own triumphal arch housing a world-class boutique museum of Georgia history. Today the Millennium Gate stands proudly in the heart of the city waiting to be explored for knowledge, art and entertainment.

Opened in 2008, the Millennium Gate Museum was built to preserve and interpret Georgia history, art, culture and philanthropic heritage. The museum is a 501(c)(3) non-profit charity and a winner of the Palladio Award for design of a public space. The original concept was planned for Washington D.C. by the American Urban Design Foundation, now the National Monuments Foundation

The Millennium Gate Museum’s mission is to preserve and interpret Georgia history, art, culture and philanthropic heritage as well as highlight Georgia’s historical and aesthetic relevance to the United States and to the world.

As you first lay your eyes upon the museum, the emphasis on symbolic architecture becomes clear. The distinct museum is housed in a classically styled monumental arch located in the center of Atlanta. It is designed in the tradition of classical Roman triumphal arches that have been built around the world over the past 2,500 years and houses a 12,000-square-foot museum that narrates Georgia’s history through sophisticated interactive technology, film, period rooms, and exhibitions. 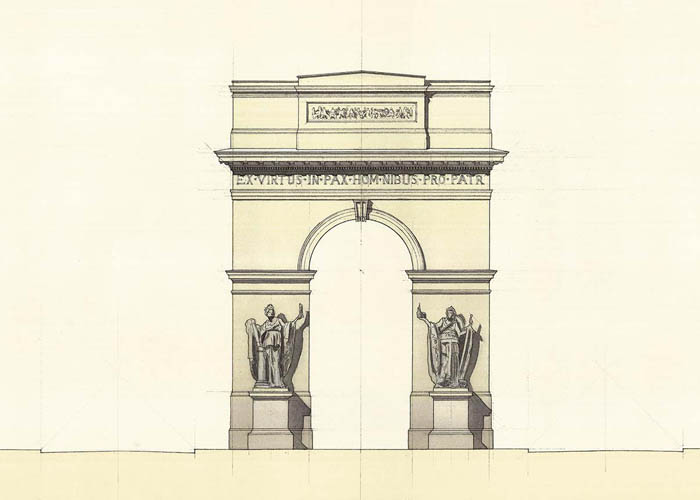 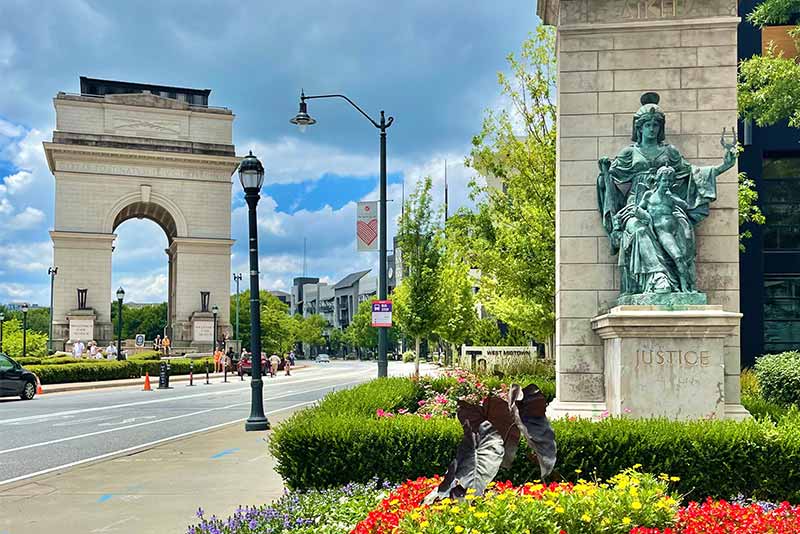 In the heart of a bustling city, the museum's outdoor campus is just as inviting and educational as its indoor galleries. The museum campus is dotted with monuments and statues each telling stories about brave men and women of our lives. The museum building, a work of art in itself, overlooks a pond and a pedestrian trail for guests to enjoy.

The Millennium Gate Museum is a property of the National Monument Foundation. The National Monuments Foundation’s mission is to create beautiful self-sustaining destination landmarks of national and historical relevance containing peace education centers for cultural, civic, and social activism for communities around the world. Some foundation projects include The World Athletes Monument at Pershing Point, the Rodney Cook Sr. Peace Park in Vine City, the Newington Cropsey Museum in New York, and many others. The Foundation has received numerous awards, including a Palladio Award for the Peace and Justice Gate, the Daughters of the American Revolution Historic Preservation Award, the Peace Award by the Italian Senate, and several others. Please visit the NMF’s website (link below) to learn more about its many initiatives and accolades. 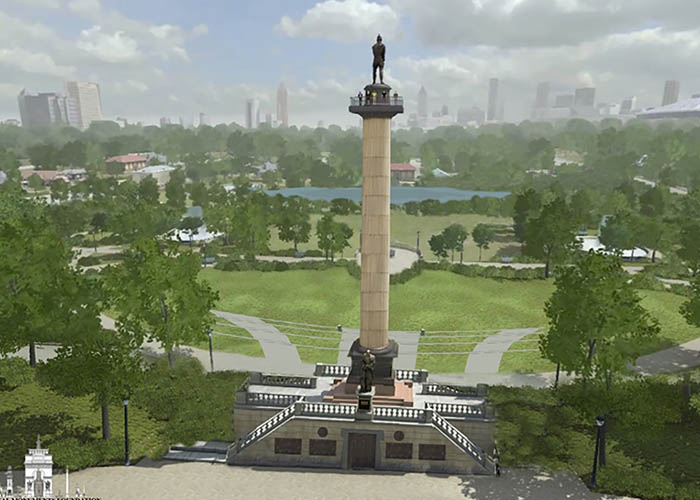